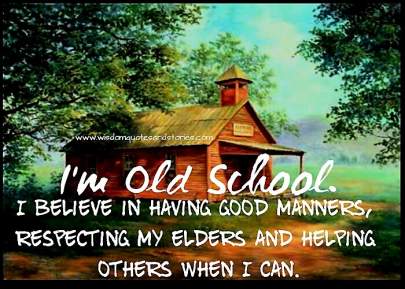 Remember the many times mom and dad recited those words? In many countries, the respect your elders philosophy is still very much a way of life. Perhaps, we sometimes "forget to remember" that motto ourselves. The following link leads to a most interesting article from Huffington Post, May 2015:

7 Cultures That Celebrate Aging And Respect Their Elders

While America’s seniors are in many ways happier and healthier than ever before, America is one of the countries around the world where elders are not always given the acknowledgement and respect they deserve. Especially as they age. And once they have a dementia diagnosis, even mild: forget about it. Seniors in the United States are often walked past without being noticed, ignored, "written off" as being more impaired than they really are, with their comments and preferences very often disregarded. Imagine what it would feel like to be invisible.

"When an elder is accompanied by a younger person, the elder tends to become invisible. The New York Times article Talk to Me, Not My Daughter, described one woman’s first experience being treated as a "nonperson". Twenty years ago, Corky Alkin, now 84, was shopping with her grown daughter. Although Alkin was the customer, the clerk spoke only to the younger woman."

"Now, says Alkin’s daughter, the same thing happens when she accompanies her mother to the doctor. They’ll ask me about her condition, she said, and they’ll explain to me what’s happening with her. When a drugstore pharmacist repeatedly addressed her daughter, Alkin interrupted and said, "Talk to me!"

So, if that's the way it is in the outside world, consider what it's like for our seniors in hospitals, nursing homes, and assisted living homes.

"When Uncle John was in the hospital, the nursing staff talked down to him, were rude, and impatient. When asked why they were treating him like that (I had walked in just in time to hear them) they justified their actions by saying he was demented and didn't understand a thing anyway. I told them to watch ... I went over to this precious man and put a hearing amplifier over his ears. I spoke to him and he answered accurately, demonstrating that he had no dementia. He was just hard of hearing. But, even when elderly impairment does exist, there is no excuse for being unkind." - Dr. Diane Walker

The hospital personnel were ready to do things to Uncle John without asking and against his will, simply because they generalized that "all old people" are confused and incapable. Professionals (doctors, nurses, social workers, lawyers) and caregivers are not exempt. "Burn-out" and overwork can cause them to unfairly discount many of the elder persons that they see. 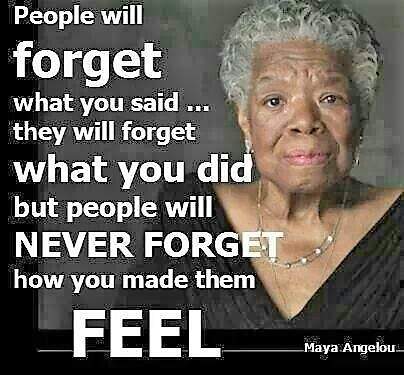 People of every cognitive level can sense how others are treating them and whether it feels good or not. Lets' not hurt them.